Prince Imperial rifle
Purchase salle Drouot, Paris, 1966.  Pierquain estate, private tutor to the Prince Imperial.
The Chassepot rifle is a one-shot, breech-loading weapon, which fires a fuel-filled cartridge. Adopted by the French army in 1866, its production was entrusted to several foreign companies, notably those in Liège. One of these producers, Liège-born G. MORDANT, proposed this luxury example in 1868, in a slightly reduced size, to Eugène Louis Napoléon, son of the Emperor, Napoléon III, who was twelve years old at the time. This rifle is decorated with imperial emblems and nods to the glory of the heir to the throne of France. During the Imperial family's departure into exile in 1871, this rifle was left to the prince’s private tutor as a souvenir. Involved with the English army, the Prince Imperial died eight years later during the campaign against the Zulus in South Africa. 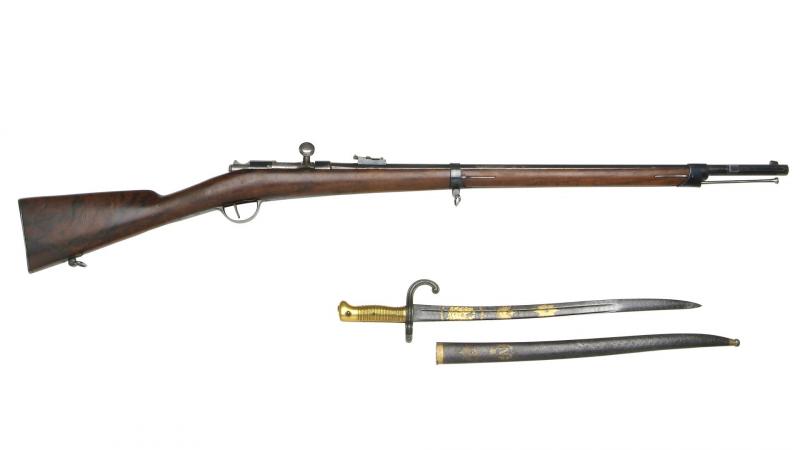 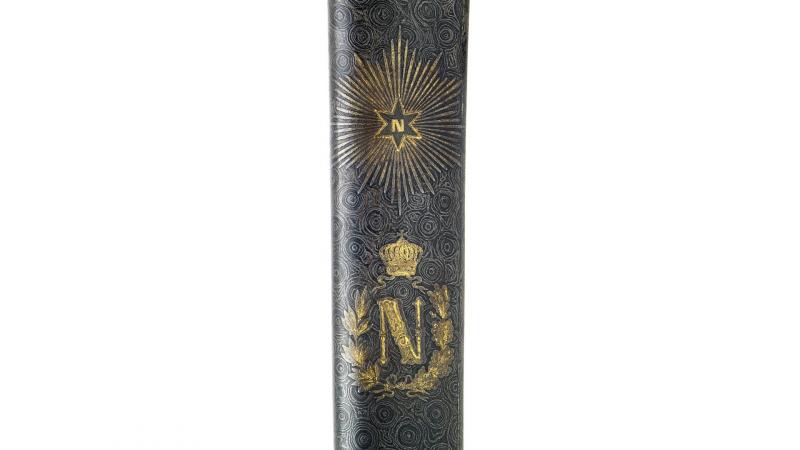 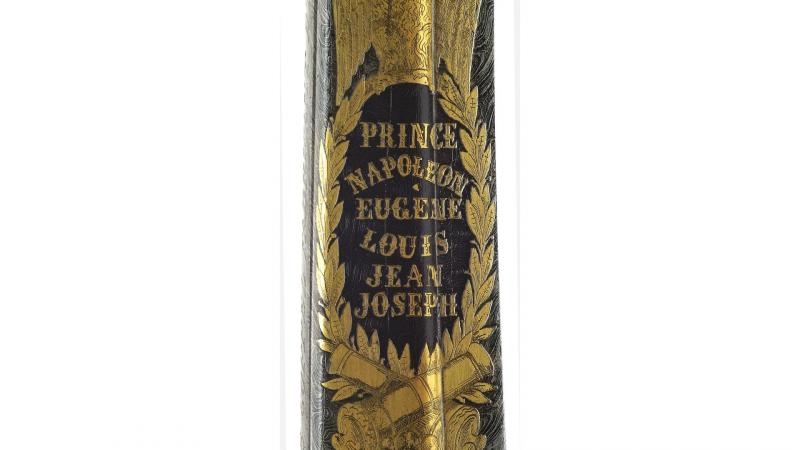 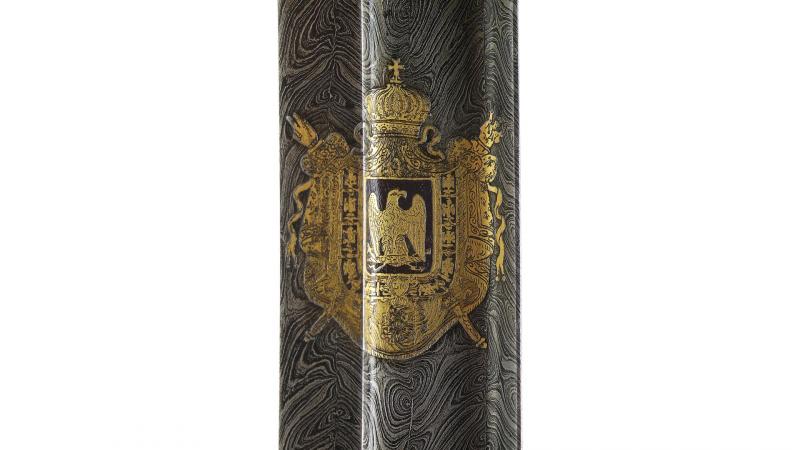