Opened to the public in March 2009, after several years of work, the Grand Curtius, which is located in the historic heart of Liège and on the banks of the Meuse river, is one of the major hubs for museums in Liège. This museum site – which was built around a Mosan Renaissance building, constructed at the end of the 16th century or the beginning of the 17th century for Jean de Corte, known as Curtius, a rich arms and gunpowder dealer – has a total surface area of more than 5000 m² and houses exceptional collections of art and history. The Curtius Palace, which was built with red bricks, Meuse stones and mascarons and is a listed building in Wallonia's exceptional heritage, wears its colours beautifully.

With the Grand Curtius, the City of Liège hoped to group together, within the same homogeneous entity, various prestigious collections of movable heritage, by installing them in buildings that can also attest to the qualities of Liège architecture between the 16th and 18th centuries: the Curtius Palace, the Curtius Residence, the Brahy mansion, the Hayme de Bomal mansion and the Wilde mansion.

At the Grand Curtius, the public can discover more than 500.000 years of history, through collections which were previously scattered throughout various locations. The Grand Curtius currently comprises the former Arms Museum, Glass Museum, Archaeology and Decorative Arts Museum and the Religious and Mosan Art Museum. The resulting collection, and the remarkable quantity and quality of the thousands of pieces on display and in reserve there, make it one of the richest museums of art and history in Belgium.

This set of collections also bears witness to a history of earlier museums which, through the efforts of many enthusiasts and researchers, were mainly inaugurated during the 19th century and the beginning of the 20th century, before continuing to be enriched in the 20th and 21st centuries. 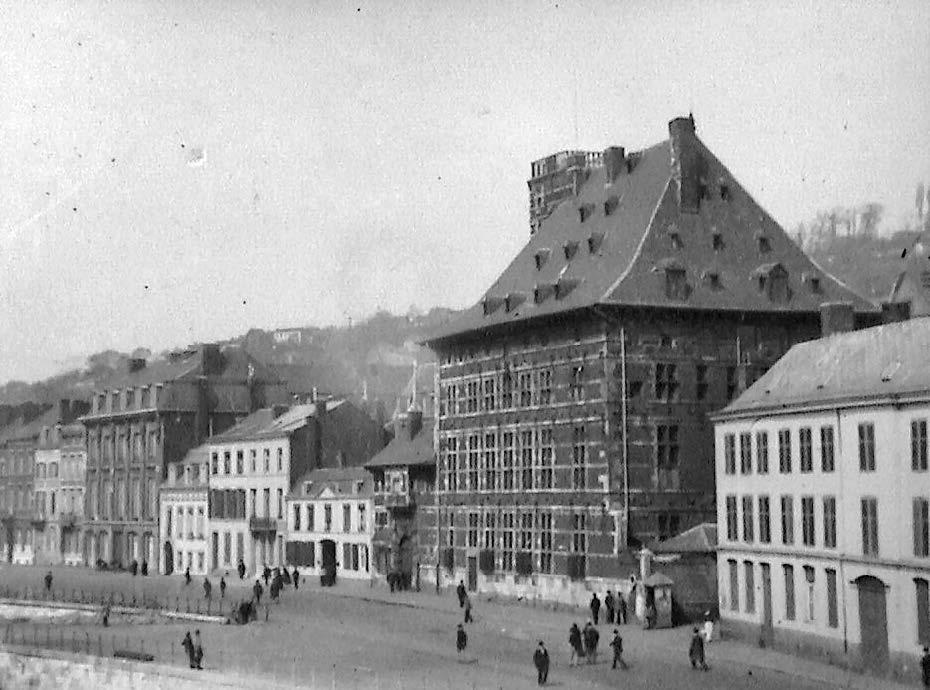 One of the objectives of the Liège Archaeological Institute (IAL), a "learned society" created in 1850, was the task of searching for and collecting works of art and archaeological monuments in the province of Liège. The Liège School of Prehistory was developed thanks to the discoveries of Philippe Charles Schmerling, a professor at the University of Liège, while the archaeological fund of the IAL was significantly increased through the donations from prehistorians such as Marcel De Puydt and Georges Cumont. The first Liège Archaeology Museum was opened in 1909 at the Curtius.

The Glass Museum was born from the passion of another collector, Alfred Baar, who, at the end of the 19th century, focused on collecting pieces of glass art, from Antiquity to contemporary times. He was also interested in Liège productions, such as Val Saint-Lambert in Seraing. His work was continued and consolidated by his son, Armand. In 1946, the Baar collection was stored at the Curtius, before the city purchased it. As a result, the Glass Museum was created in 1959, and its various curators have since continued to expand the collections of glass art from Liège, Belgium and further afield.

Although it was officially created in 1976 from the joint will of the city of Liège and the Bishopric, in order to preserve and enhance works of art of religious heritage, the Religious and Mosan Art Museum owes much to the historical and ecclesiastical past of the principality of Liège: knowledge of religious art, gold-smithing, enamelling, brass ware, etc. are encouraged in the churches and abbeys of the principality. Many legacies and donations, from church wardens, congregations and private individuals, have consistently traced the artistic and ideological evolution of these arts since the early Middle Ages.

Initially presented with the collection of the Museum of Archaeology, the Decorative Arts Museum was also built thanks to numerous donations, then supplemented by acquisitions that continue to this day. 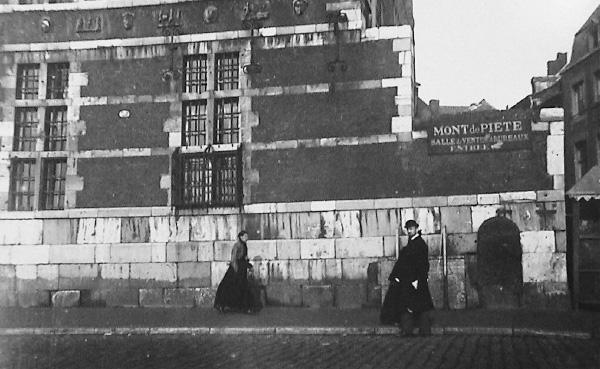 It also includes Mosan art, Liège furniture from every period, tableware collections and numerous precious pieces of earthenware and porcelain, from Belgium and the Netherlands, Italy, China, Germany and Great Britain. This incredibly diverse collection also focuses on Liège designers, such as the sculptor Jean Delcour or the architect, interior designer and decorator Gustave Serrurier-Bovy, who was a precursor of Art Nouveau.

The Liège Arms Museum, which was opened in 1885, was installed at that time in the former Hayme de Bomal mansion, whose owner was Pierre-Joseph Lemille, a local arms manufacturer and an avid collector. A city like Liège, which, since the time of Curtius, had owed its reputation to its production of armoury, its technical innovation and artistic finishes, developed individual and artisanal know-how over the centuries, which was gradually turned into small and medium enterprises. "Liege is still, in the nineteenth century, as in the sixteenth, the city of gunsmiths", wrote an admiring Victor Hugo in 1842.

Today, this priceless collection contains several thousand firearms (as well as cold weapons), not only from the important production centre of Liège, but also from other regions of the world. Its collections are of major interest from a technical but also aesthetic point of view, and they contain many masterpieces of applied art.

Given the exceptional wealth of this heritage, the Arms Museum has started a major renovation in the presentation of its collections. On 20 September 2018, some 600 examples of civilian weapons (hunting and sports shooting) and defence weapons (pistols and revolvers) were put on display on the first floor of the Curtius Palace. In a subsequent phase, the collections of military weapons, cold weapons and weapons from other areas were displayed on the different floors of the Curtius Palace, which returns to the origins of its first owner.