This parallelepiped-shaped eye-drop cachet was discovered at the beginning of July 1883, in a place called "Campagne de Stelhain" in Walshoutem (Houtain-l'Eveque). The artefact, which was discovered by a farmer, was purchased by the Liège Archaeological Institute, which put it in storage at the archaeological museum (Curtius).

The sides of the tablet are engraved with legends in retrograde characters. These are spread over two lines. Engraved lines, which served as references for the engraver, frame the inscriptions along their entire length.

The legends that appear on the short sides are an abbreviation of those engraved on the long sides. They mention the name of the practitioner, in the genitive, the name of the eye drops and the name of the ocular maladies to be treated. Thus, the TITVS oculist prescribed medications made from saffron (Crocodes), or a yellow colour reminiscent of this spice, to treat granulations of the eyelids and remedies made from balsam sap (Opobalsamatum) to make vision clearer.

The ingredients used to make the eye drops were crushed on a stone tablet and then mixed with water or liquid gum. The paste made in this way was shaped like small rolls, which received the stamp mark before they were dried. These preparations, which were based on plants, animal substances (horn) or metals, such as copper, iron, lead or zinc, were diluted using an excipient – water or egg – before they were applied to the eye.

The discovery of ancient eye drops is particularly rare and exceptional. In Lyon, for example, twenty eye drops kept in a bronze box were discovered in 1985 in tomb 72. They dated to the end of the second century AD and came from the Favorite necropolis. They were accompanied by a grinding stone tablet and a cylindrical bronze case, which contained three tools used by oculists.

To date, three hundred and forty-six eye-drop tablets or oculist cachets have been identified in the Roman Empire, mainly in the Gaul region. Studying them is a source of valuable knowledge regarding the pharmacopoeia of Gallo-Roman oculists, who were known for cataract surgery. 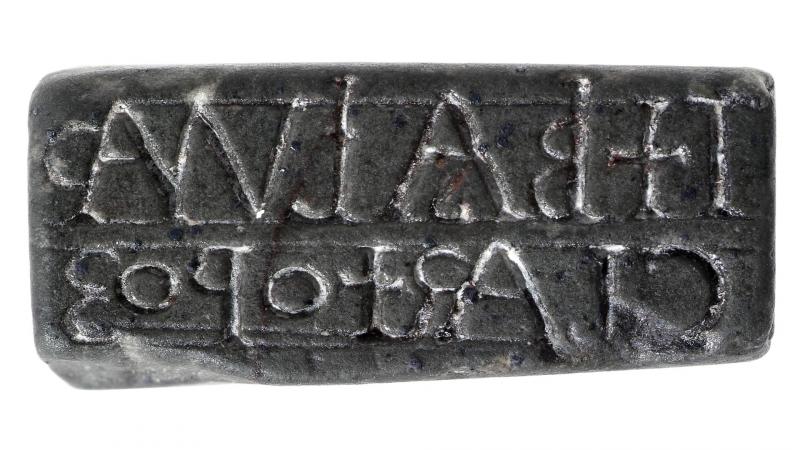 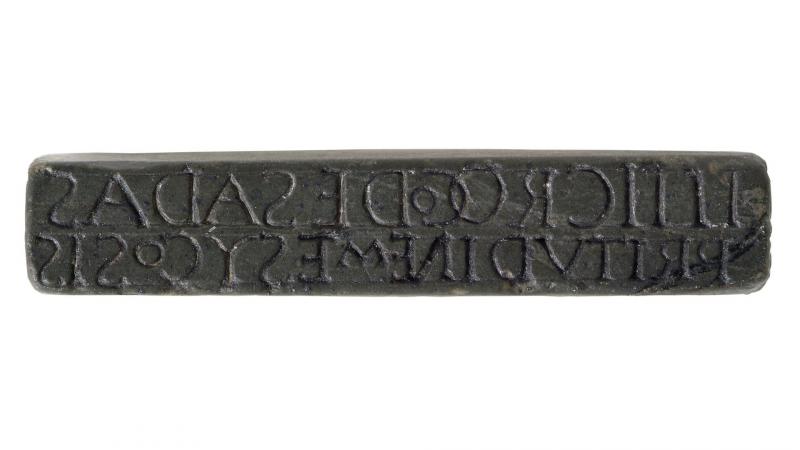 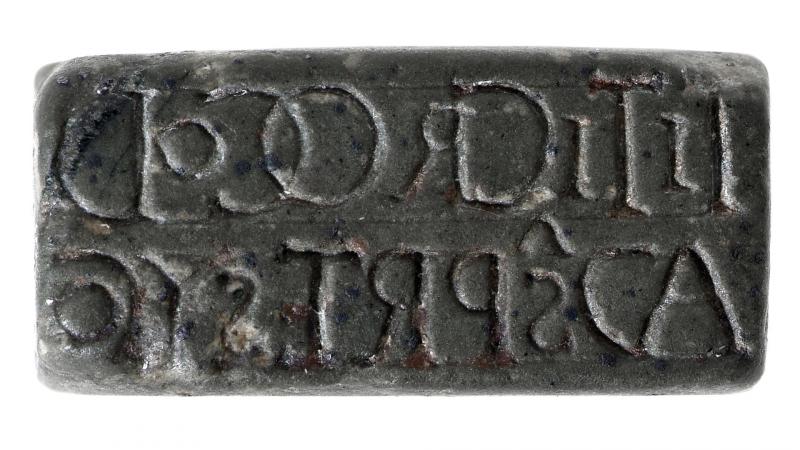