Christ on the cross

This plaque, which, to our knowledge, was never published, shows an unusual representation of Christ on the cross.

The body of the victim, emaciated, his hands hidden, is, like the cross itself, depicted in profile, as if through a window that looks out onto Calvary. The body resembles a somewhat symbolist aesthetic (one is put in mind of Georges Minne, Victor Prouvé, Félicien Rops). The plant and floral motifs that frame the figure and define the shape of the plaque are in line with the principles of Art Nouveau; the latter rarely dabbled in the production of religious art, which often passes directly from Neo-Gothic to Art Deco.

The Latin inscription “Verbum caro” (the Word became flesh) is taken from the prologue of the gospel according to Saint John (Jn 1, 14). "Flos of Jesse" 1 refers to the prophecy of Isaiah (Isa 11,1); the word "radice" is very skilfully replaced by the plant which blooms at Christ's feet, while a flower blossoms there in the style of a chalice. 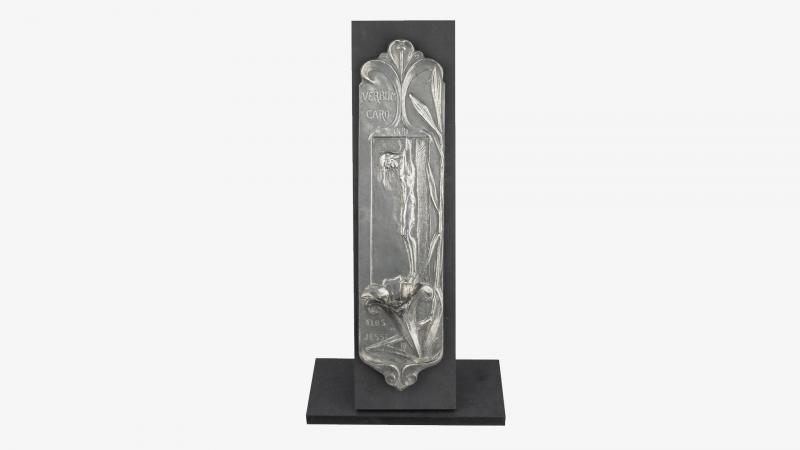