This finely crafted piece, which skilfully mixes polished and matte surfaces, is a fine example of eclecticism in a general Baroque style.

The base is circular and the foot is accentuated with a spread rock garden, a motif that is found on the terrace with bunches of grapes and falling foliage. The asymmetrical hexagonal stem blossoms into a baluster knot, which is trimmed with three cherubim. The false bowl is decorated with shells, plants and cherubim.

It should be noted that these forms and decorations have co-existed for a long time in strictly neo-Gothic canons, as evidenced by manufacturers’ catalogues. These models, which featured relief decorations, were very popular in France in the first half of the century.

The silver was cast, chiselled, engraved and partially gilded.

JL stamp on the bowl and the plinth 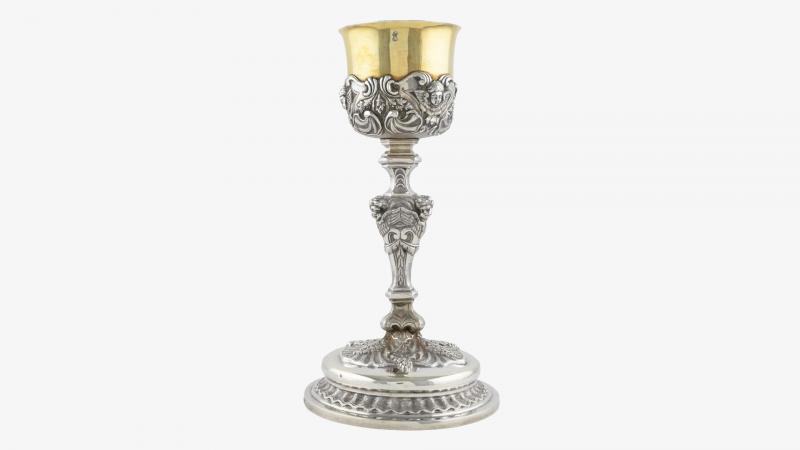 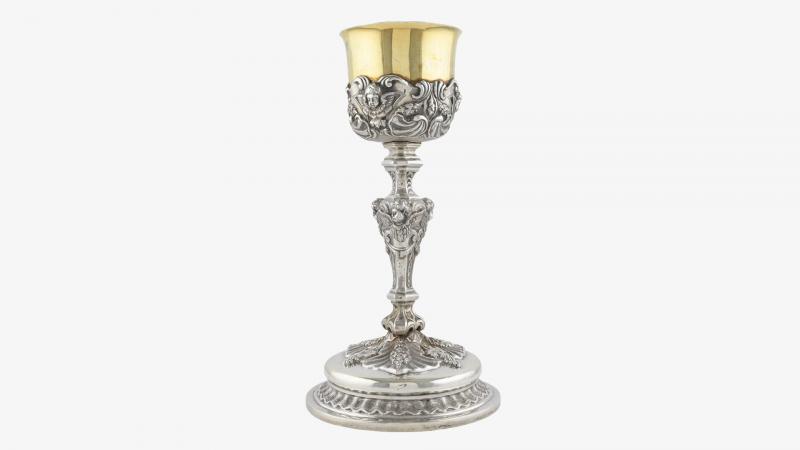 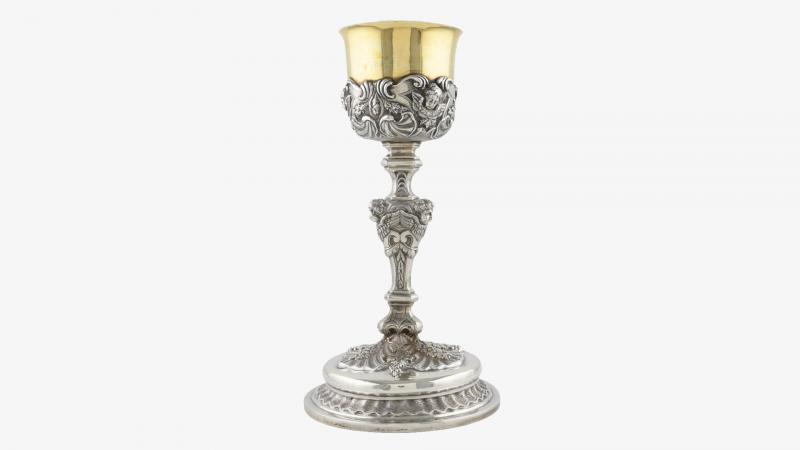 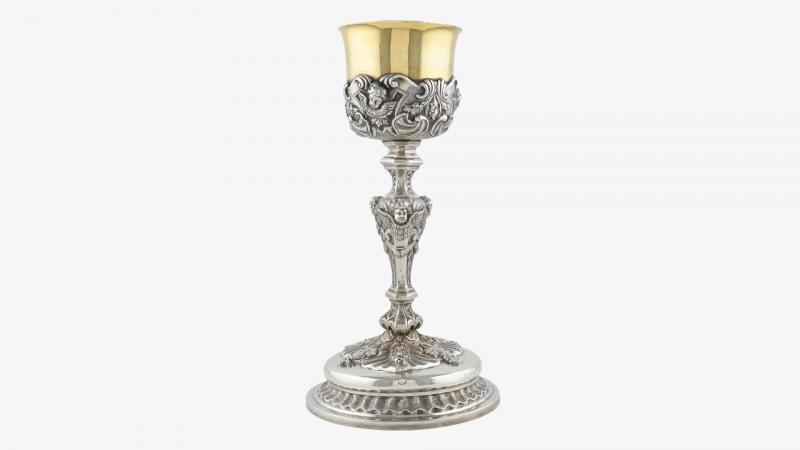 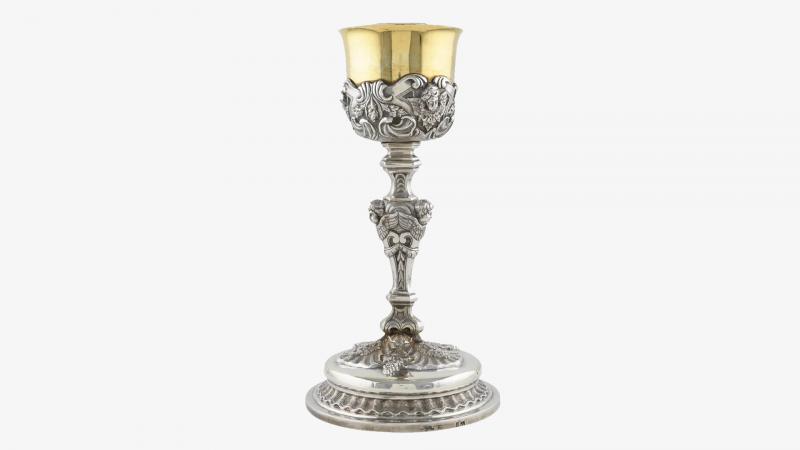 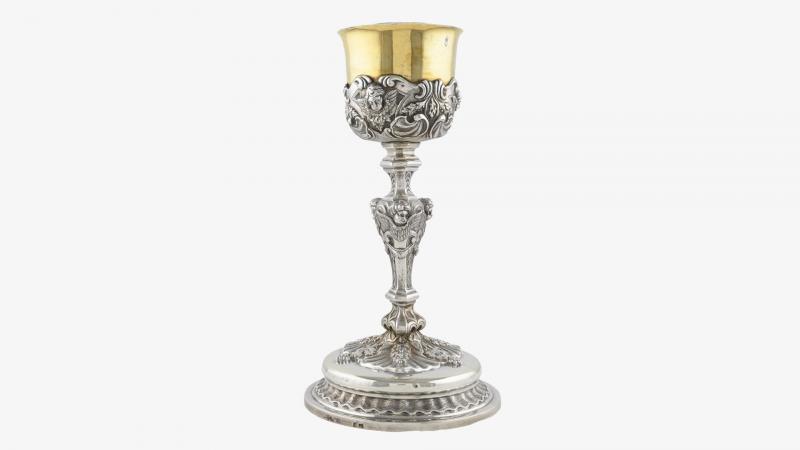