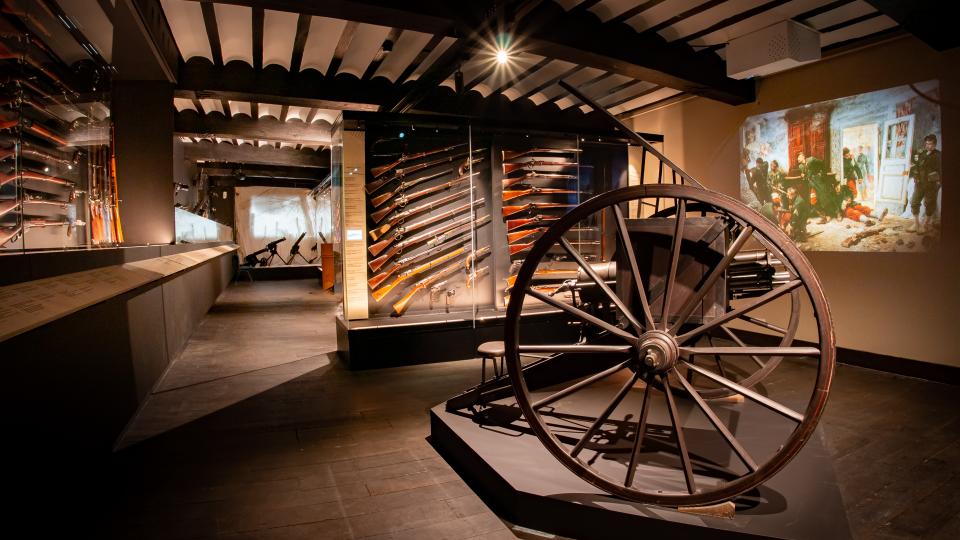 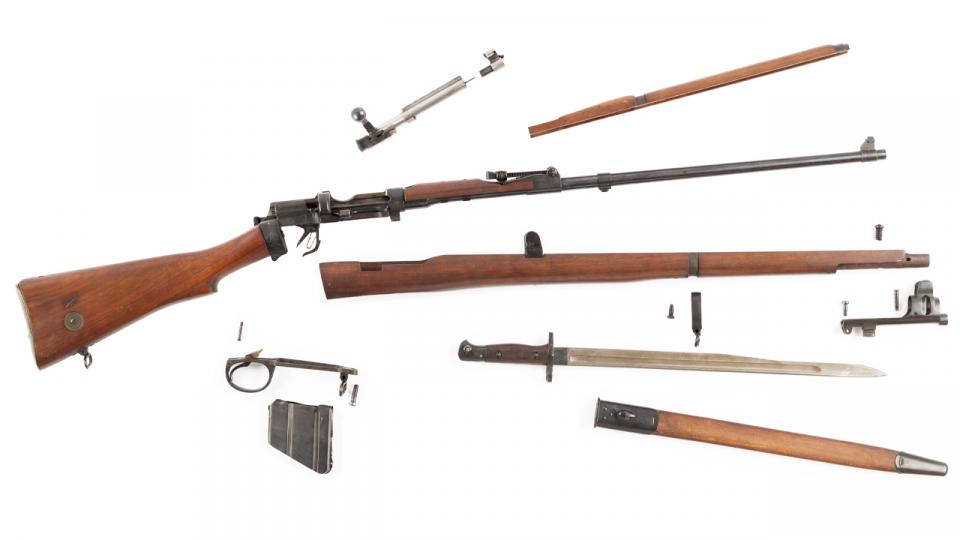 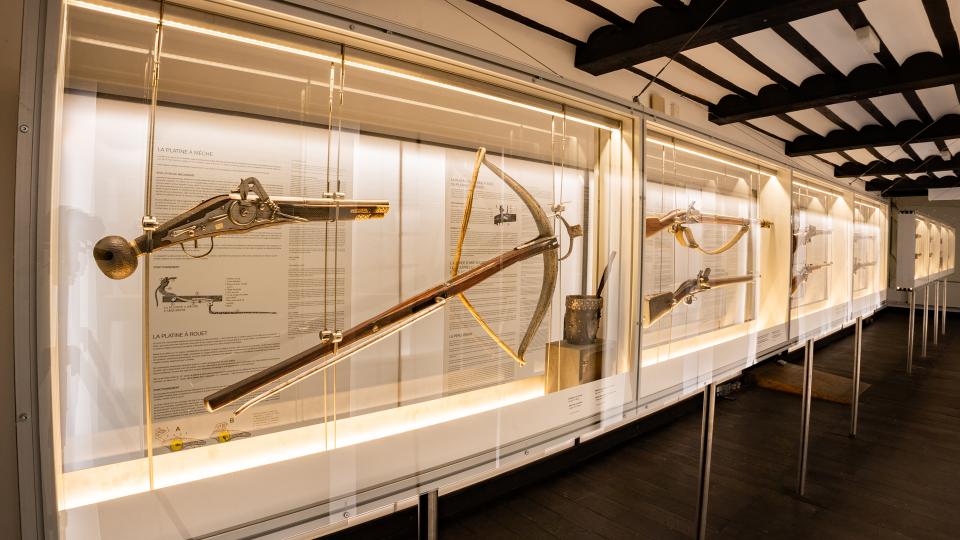 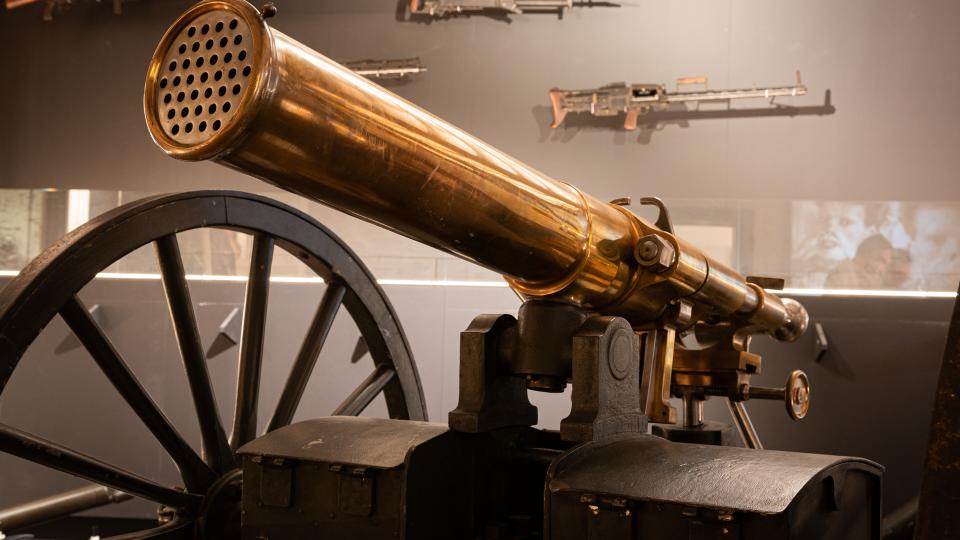 In 2018, the Grand Curtius inaugurated the first phase of the redevelopment of its prestigious weapons collection. A new scenography dedicated to civil weapons (hunting and sport shooting) was unveiled on the first floor of the Palais Curtius. More than 600 remarkable pieces from the history of armoury from the 16th to the 21st century bear witness to high-precision craftsmanship (masterpieces of mechanics, applied art, engraving, chiselling, inlaying, etc.). They reflect the desire to pay tribute to the work of Liège's arms manufacturers, some of whom are still active today.

In the summer of 2021, this permanent collection will be further enriched and will be housed on the second floor of the Palais Curtius in this emblematic building, listed as an exceptional heritage site in Wallonia, which was once the 'shop' of Jean Curtius (1551 - 1628), a wealthy gunpowder merchant of the 16th century. It is dedicated to military weapons.

This new exhibition features more than 500 Liège and international firearms, from the 15th to the 21st century, and presents the technical progress and tactical developments that have occurred over the years. The scenography opens on a didactic corridor and then on various rooms that deal with ancient weapons, world wars and major conflicts, the American Civil War (1861-1865), Belgian exports, the golden century of Liège's arms industry and Belgian patents.

Reservations in advance of the visit are recommended.  Registration via the following link: The Grand Curtius: permanent collections (COVID19) (visitezliege.be)

Legend (in order of appearance) 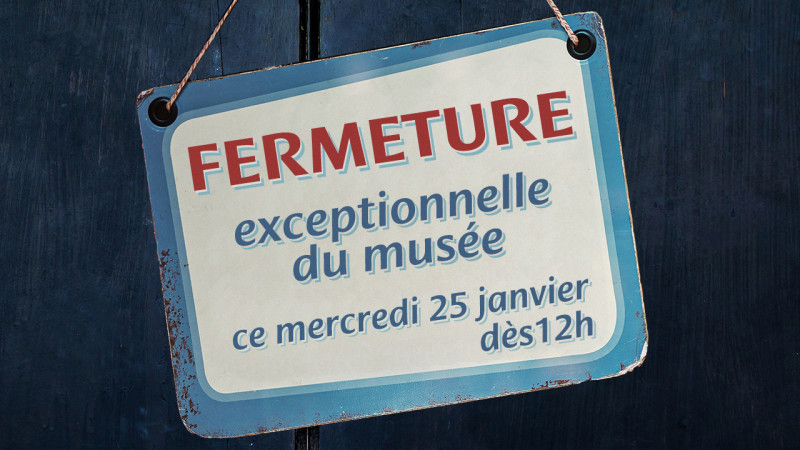 The museum will be exceptionally closed this Wednesday afternoon, January 25. 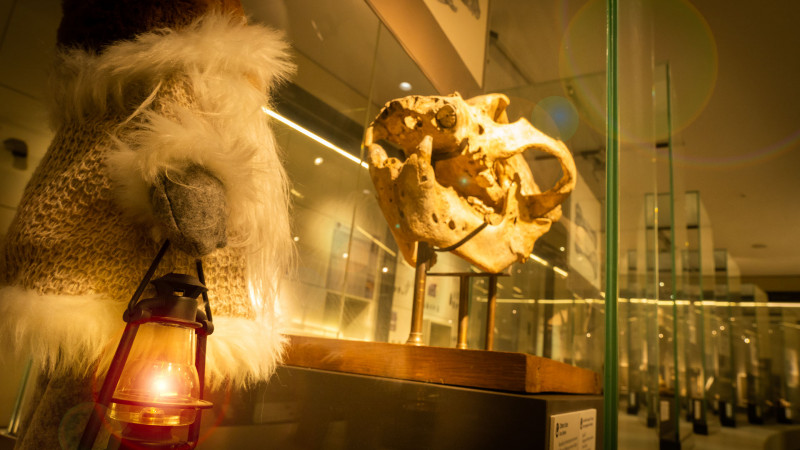