Work classified as Treasure by the Wallonia-Brussels Federation

The Gallo-Roman bronzes, classified as a "treasure" by the Wallonia-Brussels Federation on 8 February 2011, were discovered by chance in Angleur (Liège) by a bricklayer at the end of 1881 or the beginning of 1882, in a founder's hideout built into the ground at a depth of about 50-60 cm.

This set of twenty pieces, dated to the end of the 2nd or beginning of the 3rd century AD, includes water supply elements (a fountain key, two overflows with leonine masks, three pipe connection rings and a perforated quadrangular pipe) as well as figurative sconces that must have originally served in the speleum of a mithraum. As the cult of Mithra was mainly implemented in urban areas, the original place of origin of these objects is probably elsewhere, perhaps in Theux-Juslenville (Liège), in a settlement that probably had the status of a vicus, where two altars of Mithra, now lost, were identified in 1557.

The four zoomorphic sconces correspond to the zodiac signs of Aries, Leo, Scorpio and Pisces. A fifth sign, Libra, is represented by a statuette of a naked young man with his arms outstretched, who was originally intended to hold the weighing instrument. The three male heads in profile, two of which have retained their hemmed wings trimmed with feathers, are those of the Winds. As for the two moving female statuettes, they would be personifications of the Seasons.

Such motifs - with the exception of the Gorgon Medusa, rarely depicted in a Mithraic context - are found in the sculpted decoration of Rhenish Mithraic stone bas-reliefs (e.g. the one in Mithraum I at Nida-Heddernheim), where they frame a central composition depicting Mithra the Taurocton. The plastic lion, raising its right front paw, and the truncated cone-shaped neck of a vase evoke a scene that often appears under the tauroctony and associates a snake, missing here, with a crater and a lion. 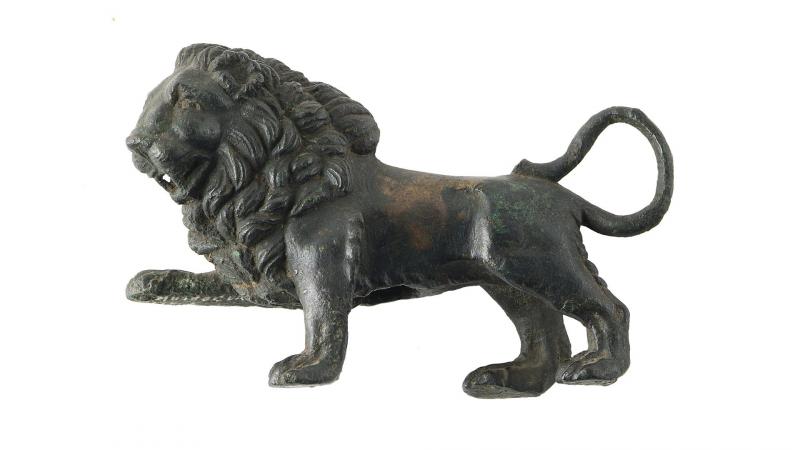 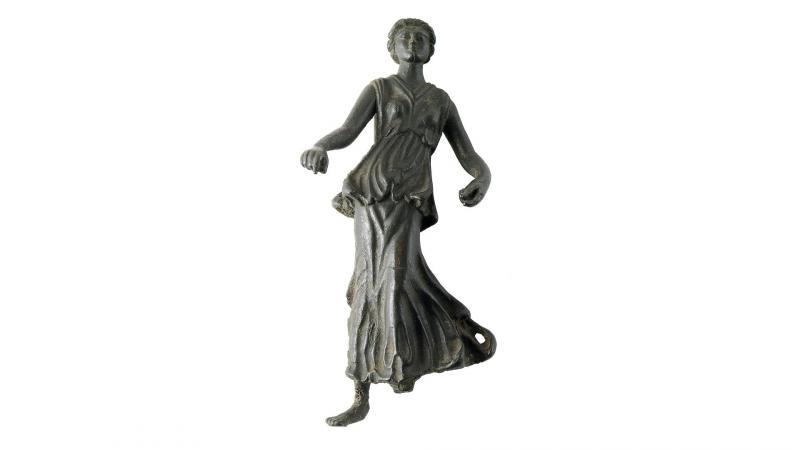 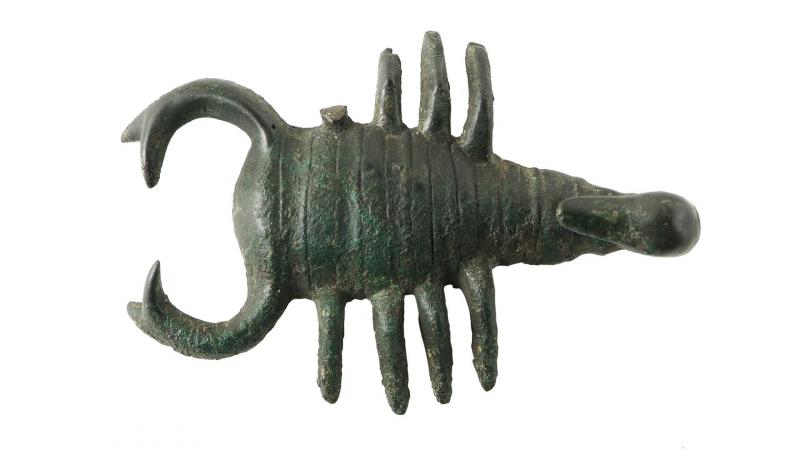 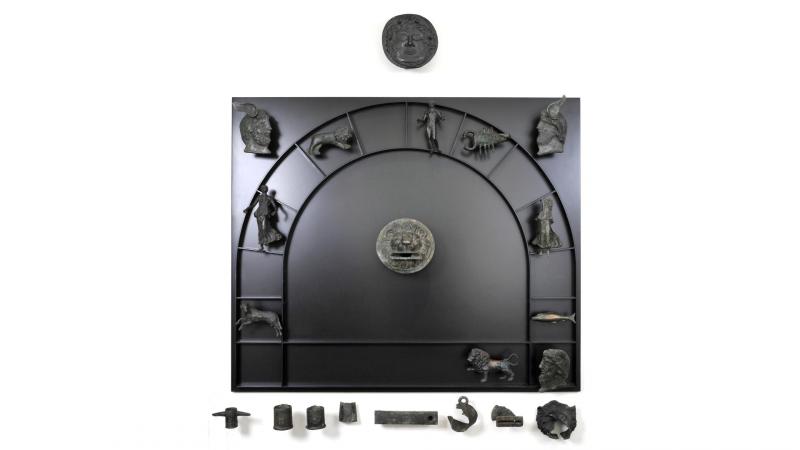 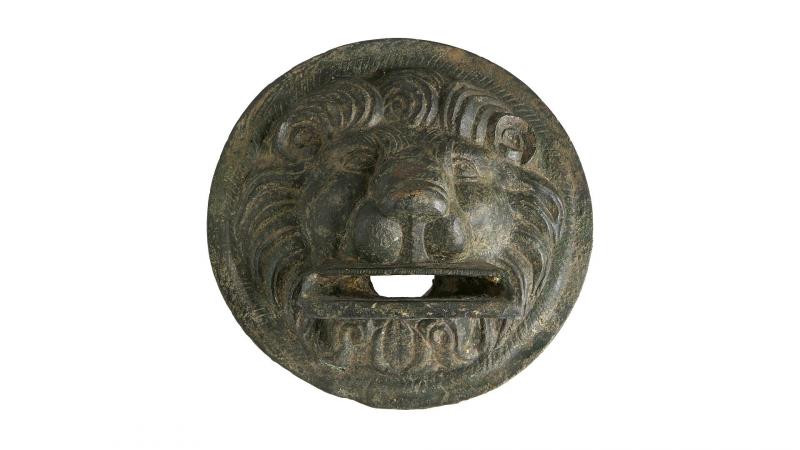